“When I see an adult on a bicycle, I do not despair for the future of the human race.” H.G. Wells.
At CIPS, we strive to create a good environment and, through our cycling, we work hard to enjoy it!

We have some regular contributors to these pages and to those of you who know the CIPS jersey supporters will know that they continue to travel over the world with their bikes. Mike, Jonathan and Francis recently took a trip to the French Alps over the Bank Holiday weekend in August 2018.  In what, they say, seemed like a great idea in July, they decided to take on some of the Alps iconic climbs in a long weekend of what they described as 'Alpine torture' - self-inflicted clearly.

The Winning Photo was sent in by Jonathan Rubins 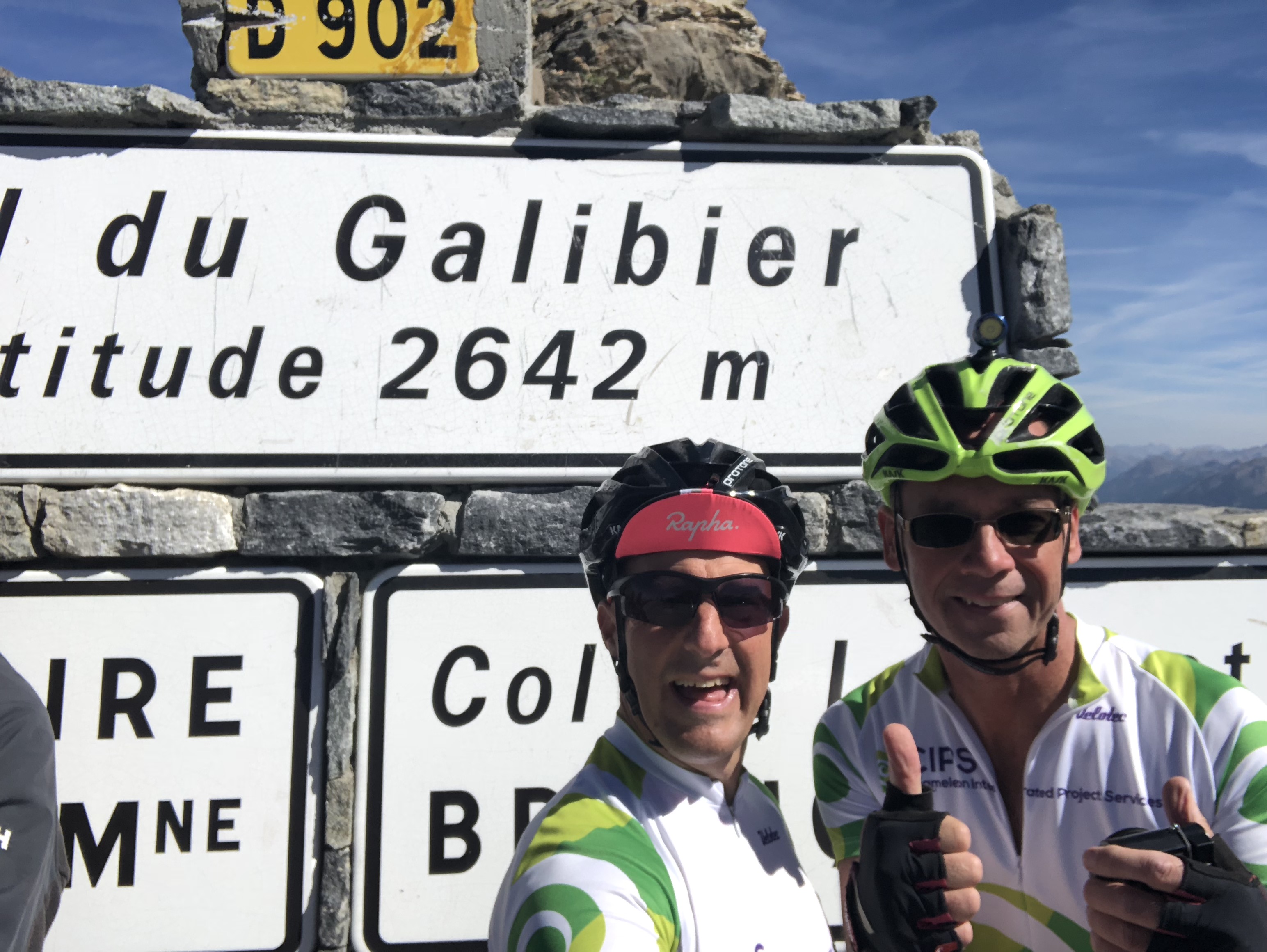 Over the winter months, it has been more challenging to get fabulous photos of our CIPS jersey as they have tended to be covered up with waterproof jackets, but, we have been delighted with the response that we received and have chosen our WINTER WINNER. We have several runners-up and, as promised, we will be donating to our chosen 3 charities (The Disabilities Trust, Action Medical Research and Aspire) as a result.

The Winning Photo was sent in by Sue Graham 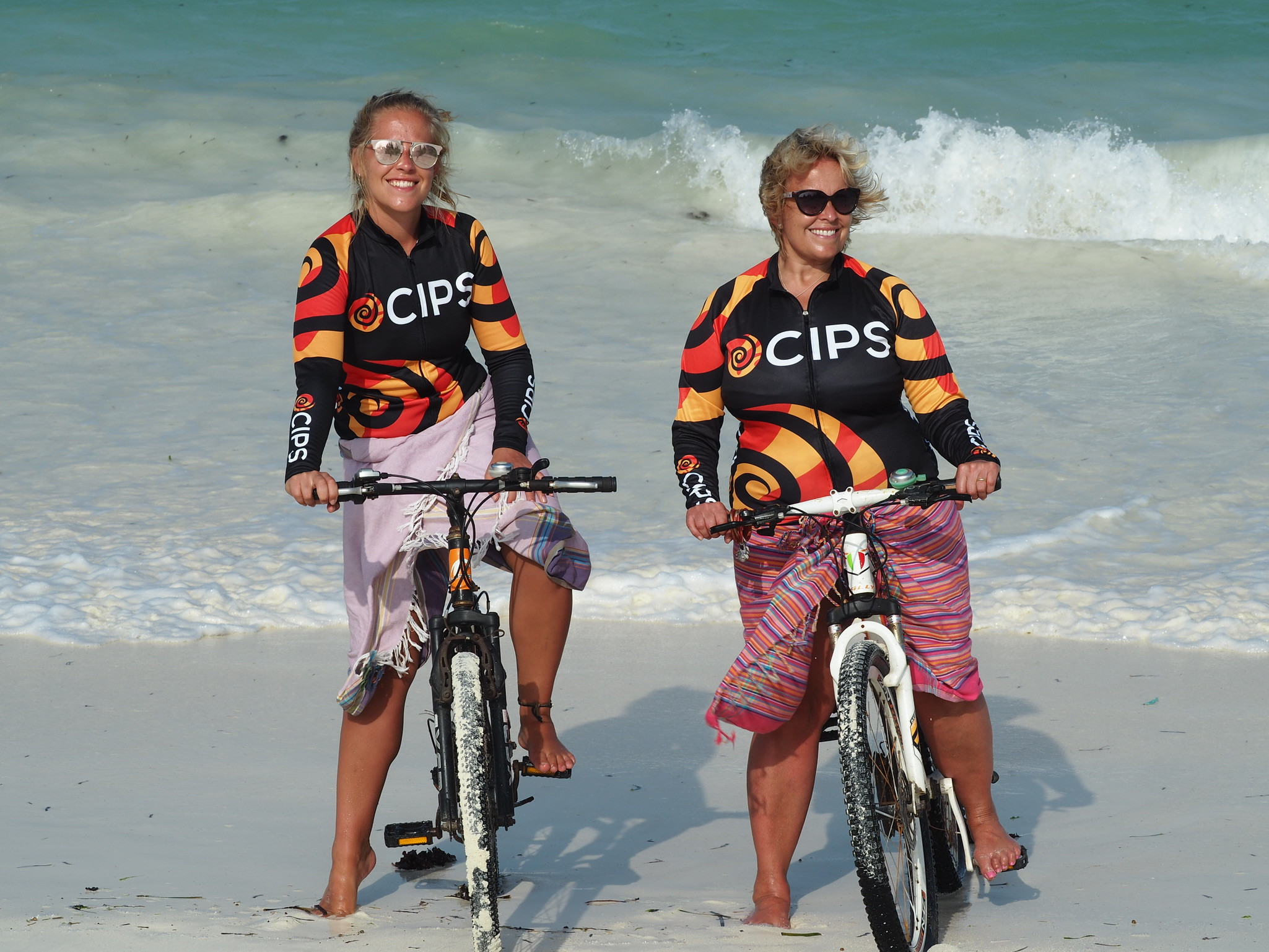 With the 'Beast from the East' swirling around outside the window, this winning photo makes us all yearn for a warmer climate, which is hopefully just around the corner!

Tanzania was the chosen destination for the Graham family holiday in January which, rather surprisingly, harbours the second richest Chameleon diversity in the world - in fact, close to 100!  Sue told us that there were certainly fewer cycling opportunities than chameleons, but, Sue and her daughter, Charlotte, seized the moment on the coast of Zanzibar and threw caution to the Indian Ocean wind, renting bikes with no functioning brakes or gears.  Sporting sarongs, their colourful CIPS tops and flip flops, they ventured out for a tough 10k ride in 36 degrees, scorching heat on the super soft white sand, relying on the breaking waves to cool them down!  We are told that rehydration with a mojito was most welcome on their return to the pool side bar!

And a couple more to make us a bit more jealous... 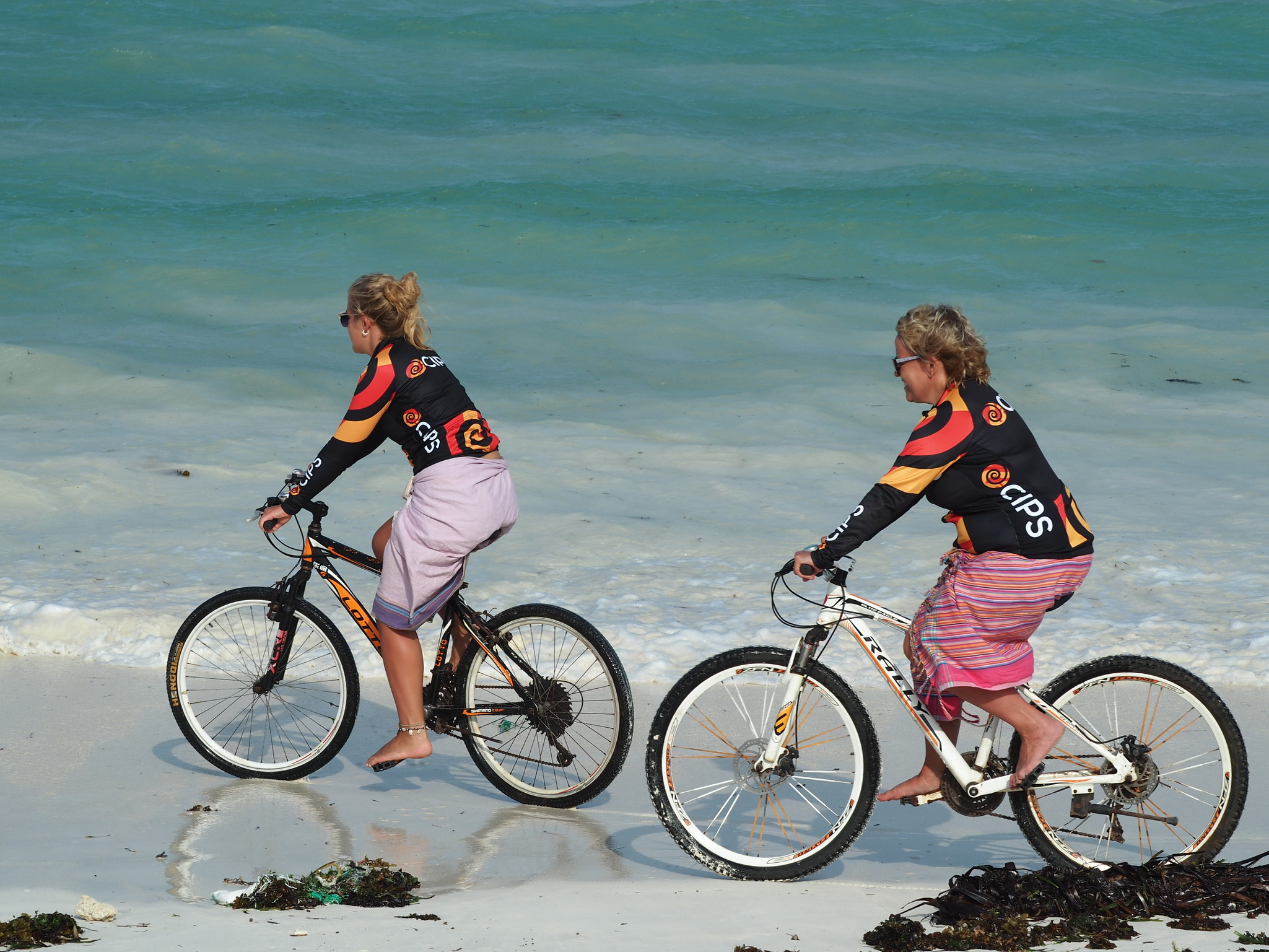 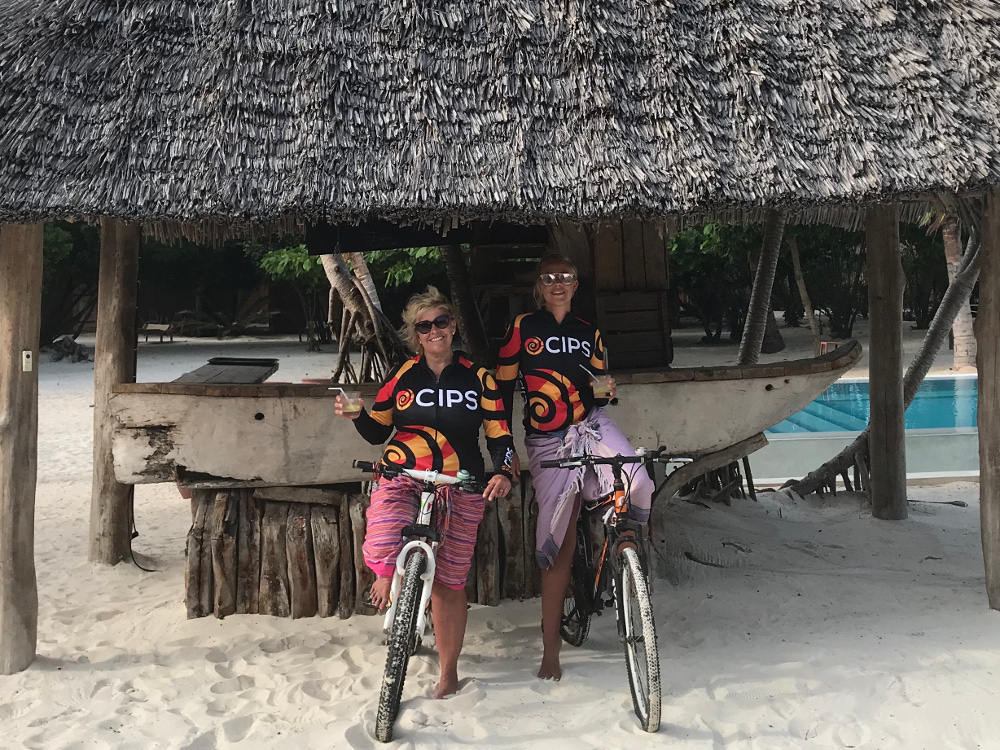